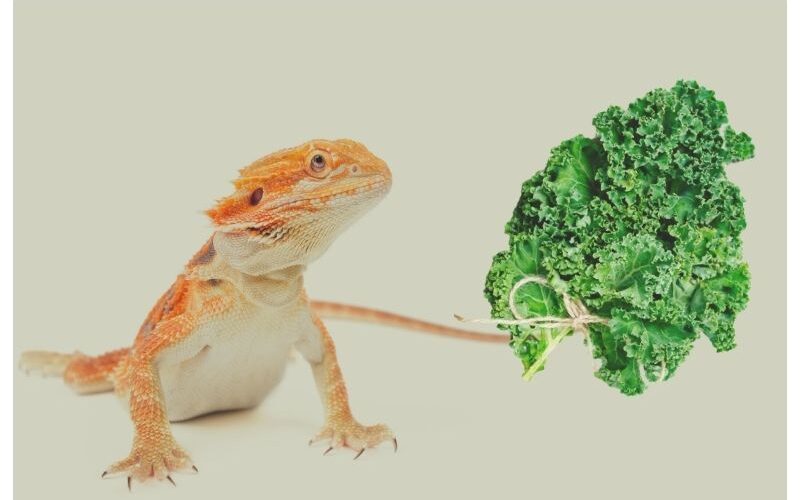 Bearded Dragons are omnivorous, meaning they eat both plant and animal-based foods, including insects. In recent years, kale has gained a lot of traction in the sphere of Wellness & Nutrition and is often considered as a superfood. But does it mean that kale is a great source of nutrition for the Bearded Dragon? Or do we just ignore it? Here we present some facts which will clear the air and myths around kale and Bearded Dragons.

Is Kale edible for Bearded Dragons?

Yes, Bearded Dragon can eat kale as part of a balanced and varied diet. Kale is a green, leafy, cruciferous vegetable rich in nutrients that offer a range of health benefits for the whole body. According to the VCA Hospitals, kale is totally safe to feed to the bearded dragon and should make up a high percentage of the plant-based portion of their diet.

Is Kale good for Bearded Dragons?

Kale is rich in thiamin and vitamin A. Goitrogenic compounds are primarily problematic combined with the presence of thyroid problems like hypothyroidism.

The debate with kale has also been associated with the fallacy that too much kale (and carrots in the same argument) will cause hypervitaminosis A which is also untrue (supplementation is a different story).

Kale is low in oxalic acid and does not inhibit the absorption of calcium, as compared to spinach, which, on the contrary, is rich in oxalic acids and is not recommended for feeding. Oxalates bind to calcium during digestion in the stomach and intestines and end up leaving the body in the form of faecal matter. Oxalates which do not bind to calcium end up leaving the body in the form of urine after they’ve passed through the kidneys. Excess of oxalate and too few liquids in the urine leads to the formation of crystals. These crystals increase and begin to accumulate together and thus form a kidney stone as a result.

Kale contains high amounts of calcium, which is vital for the Bearded Dragon’s health. 100g serving of kale contains 254 mg of calcium. The absence of calcium from the diet, will lead to metabolic bone disease. MBD is painful for the Bearded Dragon and very much heartbreaking for the pet owner. Having said all these does not mean that kale can be a whole substitute for a good calcium supplement. A daily veggie in diet in the form of kale can go a long way in achieving good health for Bearded Dragons. It has been noted that foods high in calcium play a vital role in preventing metabolic bone disease.

Kale is also low in phosphorus, which is a great positive factor as an excess of phosphorus when compared to calcium is bad for the Bearded Dragon’s health.

The following list presents the Nutritional Information For kale Per 100g. These details have been taken from the USDA (United States Department of Agriculture)

The above data reiterates the fact that kale is a nutritious vegetable. Vitamin C is excellent for immune system support, while Vitamin K can be synthesized by the Bearded Dragon’s intestines. But, deficiencies can occur if the dragon is using oral antibiotics on a long-term basis.

How to feed Kale greens? 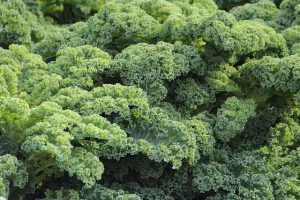 When preparing any veggies and greens for the Bearded Dragon, always prefer to source organic stuff. This is because organically grown food is free from herbicides and pesticides, and that will not harm your reptile. It’s definitely worth paying the extra amount for the organic option if you can find one. The green, fresh and beautiful leaves of the kale plant provide more nutritional value for fewer calories than almost any other greens.

Secondly, it is also highly important to wash the kale leaves and any other greens before offering to your dragon. You might not be able to see any dirt or bacteria on the food, but it can make your dragon fall ill if it’s not washed off.

As kale leaves are soft, there’s no need to cook it as consuming it raw will provide more nutrients; however, cutting it up into tiny bite-sized pieces would help prevent choking in dragons. Like most greens, Kale is best served when mixed with other greens to provide both nutrients and tastes to make the salad interesting.

Can a Bearded Dragon eat kale every day?

Yes, It’s safe to feed bearded dragon kale daily. Having said that, one must try to mix up the diet and provide different nutrients from different foods to give Bearded Dragons a wide nutrient profile. There are some green veggies which have a slightly better nutrient profile than kale. Since the stomach size is small, it is best to try and get as many nutrients before they are full. Two to three times per week mixed with other staple and highly nutritious greens and veggies gives a great platform for a healthy bearded dragon.

Should spinach, beet greens and Swiss chard be fed to Bearded Dragons?

Spinach, Swiss chard and beet greens should be fed sparingly – as they contain oxalates that can bind calcium and other minerals. Diets consisting of these greens can lead to nutrient deficiencies in the long run. In addition, caution should also be exercised when feeding kale, cabbage, and mustard greens, as these vegetables contain goitrogens. Excessive intake of these might lead to hypothyroidism.